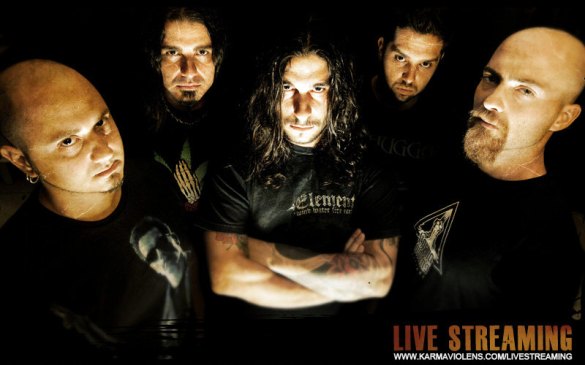 If you believe in Karma then you have to believe that Violence is something innate in every human or inhuman being. Karma in the old and now Indian religions is the concept of “action” understood which creates the entire cycle of cause and effect. Violence from the other hand is inside in each one of us, some people can control and others cannot, but in every occasion it is a part of human nature. Living in the modern world, all of us can see violence in our eyes, in the streets and everywhere. The combination of Karma Violens describes the action of Violence, because every action in these brutal days creates a violent respond.

Dormancy is not only music but gives the opportunity to the listener to read/sing the lyrics and understand the way the band express its thoughts for the modern man, the world around him and how pathetic he has become because of the bombastic media which feeds people’s minds with shit. Every person has the right to think for himself. This album gives a reason to react against everything that pisses you off. Take these words for granted.

“Dormancy” is OUT and we ‘d like to offer you a small taste of it by downloading the FREE TRACK
“Anima(L)” | 35MB .Wav
◊