*Are you a lyric person and know each and every word to your favorite Metal song(s)? Are you mainly into the music (like me) and enjoy the grooves, power or riffing throughout? Or perhaps you are just a casual listener and just like listening to the music “as a whole” and do not go off the deep-end analyzing your tuneage! Which ever type you are, do you ever think about what the musicians in your favorite bands thought? Yes, no…maybe?

I do and I thought it would be interesting to “get inside” the head of the bands that I spoke to during Demolish interviews and or the various musicians we hung out with backstage or on their tour bus, you know – to find out what makes them tick and to see what they think makes a good song. Remember these guys are music fans too.

Who are these clowns?

For my curiosity I decided to pose the question [What Makes A Good Song] to a wide selection of bands (you might even notice a certain Canadian band member filling out the “official” Demolish questionnaire in a pic below)!

I really enjoy giving out these sheets for the guys (and a few gals) to fill out. Oftentimes it turns into a comedic outbreak and the bands really have fun with it. Other times I have to corner some of them to get them to take part. It never ceases to amaze me what they end up writing down. Some are comedians, some are sarcastic BUT I would never say any were b-o-r-i-n-g!

It also helps me to remember what we were doing at the time, for example, I recall eating pizza and drinking some beers with SACRED REICH backstage before their show at Bogart’s and you can still see pizza and or food stains all over the sheets! Priceless. Many of the band’s even gave me their home address and or phones number so I could send them the issue they appeared in (yes I blocked those out). Wow, you mean at the end of the day these guys are “real” people? You bet…

OK, without further ado, here are some of the results from a hand-picked selection of my favorite bands! N-joy…

What Makes A Good Song? 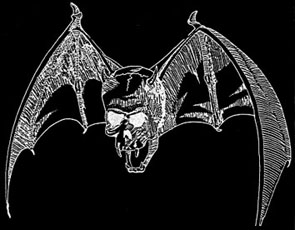 “Anything, any topic. Any feel or mood that’s cool. Must have power and talent, whether it’s 3 chords or three 300.” – Bobby Gustafson Lead Guitar

“Must have a good topic, heavy/speed + slow “crunch” and something unexpected.”” – Sean Killian Lead Vocals

“The structure helps a lot. A strong riff with a catchy melody or hook + good playing.” –Robb Flynn Guitar

“A song that grooves, has melody and context (and has nothing to do with religion.”  – Brad Divens Lead Vocals/Bass 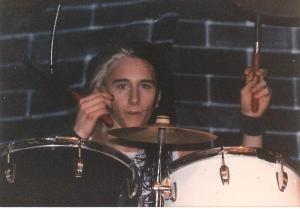 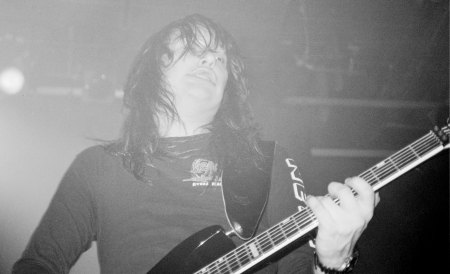 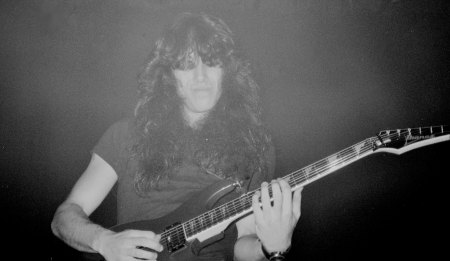 “One that is well-played, well-written and that you like and you won’t forget.”  – Alex Skolnick Lead Guitar

“Make sure that it’s not boring! A lot of colors, a lot of changes, BUT with harmony and even melodies.”  –Denis D’Amour Lead Guitar

“Feelings have to pass through my body…whatever it is.”  – Denis “Snake” Belanger Lead Singer

You were a phenomenal guitarist and way ahead of your time.

*If you liked this post and or visiting our Metal time capsule, then please make sure you subscribe via our RSS feed (or via regular email below)