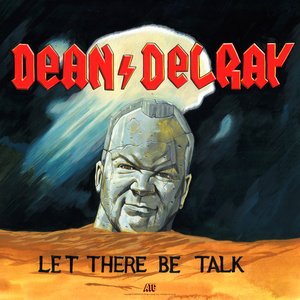 I recently ran across this cool podcast series from following a link on Twitter. I enjoyed this talk so much that I decided to share it with our Demolish Magazine readers.Click the large orange “play” button below or download if you prefer to listen later or on another preferred device.

On this Episode of LET THERE BE TALK Editor and creative director of METALLICA – SO WHAT! MAGAZINE Steffan Chirazi stops by and talks about his life as a rock journalist and how he got his start working for the #1 metal band in the world Metallica.

Steffan and Dean also talk about all things rock and metal including Nirvana, Alice in Chains, Faith No More and the Bay Area Thrash Metal Scene.

…are just a few of the publications he has contributed to over the years, and for the last 14 years he has been the editor of Metallica’s own in-house publication, So What! magazine. He lives in San Francisco, CA with his family.