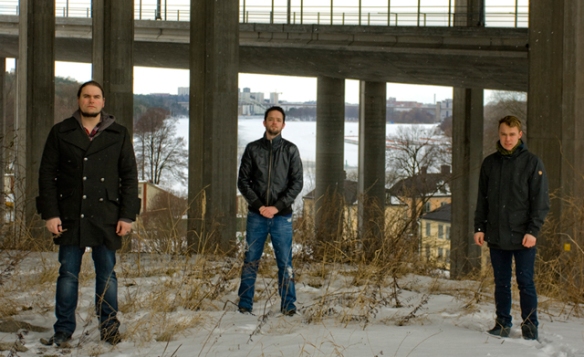 Self-described as a “progressive sludge trio”, COLOSSUS have got some decent airplay and recognition in Swedish radio as of late.

The band was also chosen as one of 6 finalist bands to play at the Wacken Metal Battle.

According to the band, they are in the process of releasing their début EP entitled “Spiritual Myiasis”. The first three (EP) tracks are streaming in high-quality mp3 [through Soundcloud player below].

*Names that are commonly mentioned in relation to Colossus are Mastodon, Neurosis, Kyuss and Tool to name a few (in case you need something to align your “influence meter” while listening).

Enjoy the other free downloads as well.

*It’s good to finally see some Metal bands who are down with the Cloud!

Get in touch with this promising trio as their fan base is growing and they’re eager to expand their territory.