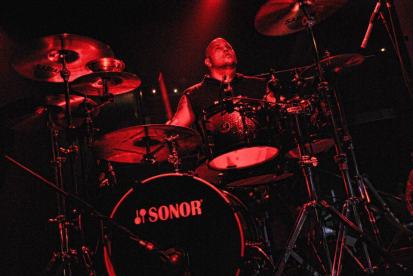 Kinger recently caught up with NONPOINT drummer Robb Rivera, who gave us a detailed band update and some history behind this great band.

NONPOINT was originally from the South Florida area, but have relocated to Chicago in the past couple of years.
The band is in the process of finishing their new studio album which will be released later this summer/fall through Razor & Tie.
NP is about to hit the road as well and are offering an exclusive advance mix of a new song called “I Said It.” You can sample and listen below while reading or download the song here (enter your email for the download).
KINGER:Although you guys were originally from Florida; when did you move to Chicago please?Are you a permanent resident now? Welcome!

ROBB: I have been in Chicago since May of 2010, Elias is in the Michigan area so we are all pretty close to each other.

I am a fellow “sticksman” [that means drummer for all you non-musicians] myself! Looks like you are playing a Gretsch kit now? I see a Zildjian K-Series crash cymbal in the studio photo…that’s once of my favorites.

I am playing a Gretsch to record in the studio. The “K” cymbal was there at the studio so I used it! I was playing Sonor drums but i am currently playing a Pearl Reference Kit. Love that thing!

Tell us about this quote that was posted on your FB site:

“Change is the essence of life. You have to be willing to surrender what you are for what you know you can become.”

Well, after our change in our lineup last year Elias found that quote and posted it online.

Last month you offered a free download of the song “I Said It” – is that the first single/release or just a teaser? Thx. For that…what was the response thus far?

Well it was only intended to be a teaser for our die-hard fans and whoever else just wanted to check out a free track. It is not the first single but quite a few stations have picked it up and have played it. Sirius Octane has played the hell out of it. The response has been incredible, our old school fans that may have lost a bit of interest from the last few albums are really happy. A lot of people who have heard have said that it’s going back to our old school roots which was the goal for this album.

Looks like you have some new blood in the band – tell us about the new lineup please.

The new guys are Dave Lizzio on Guitar, Adam Woloszyn on the bass and Rasheed Thomas on guitar and vocals. The all come from the Chicago area. Really great guys who are hungry to be in a band and possibly some of the most laid back people we have ever met. 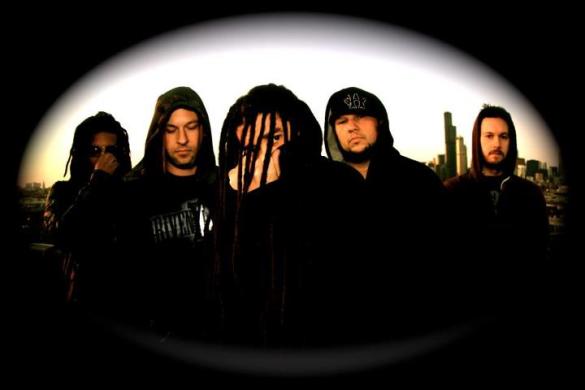 I see you recorded the new LP here in Chitown (at Groovemaster Studios) w/producer Johnny K.
What was it like working with him? How did you decide who you were going to work with this time around?

Working with Johnny was amazing. His ideas were really what shaped up this album. He wanted a vibe on the album that we have never really been able to accomplish. We decided on him for many reasons. His track record was one, also being in Chicago it was really convenient for all of us. All in all it was the production and vibe we have ever had in our career.

Are you finished with the mixing and mastering for the new release yet? Is there an official release date confirmed?

Mixing and mastering is done and we are looking at a September release.

I see you are now with [New York-based] Razor and Tie Entertainment; give us some details about that if-you-will.

Well I think our brand name was what attracted the deal with them, with six records under our belt it was really cool to have such a killer company interested in us. They have been nothing short of amazing to us.

I read somewhere that they are the largest privately owned independent music label in North America = killer.

I believe they are yes.

I always like the HEAVY-ASS grooves you lay down and the melody. A lot of bands forsake melody to try to be heavier. Thoughts?

You know all bands like to experiment so I do not fault them for trying to do so, that is what is part of being in band. As for us, we have always wanted to mix up Heavy grooves but with melodic vocals. We always felt it sounded heavier with the melodic vocals but that is my opinion you know. 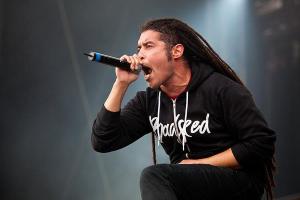 NP has over a decade of extensive road experience under your belts, hats off for the hard work/dedication! Peeps don’t realize what it takes to “make it” or survive in the crazy music biz in modern times. What’s your take?

Honestly it’s very physical but most of it is mental. You have to be wired a certain way to do this. We have always compared our career to bands like Sevendust who tour relentlessly. That has been our same work ethic. Just go out there and do it and whether it is ten people or a thousand people…we go out there and do our thing.

Any advice for younger bands coming up?

That is tough to respond to [these days] because of the many changes that have happened since we started. With the internet, downloading and concert attendances has declined so it is almost impossible for a young band to get out there and survive. All I will say is that if you truly believe in what you are doing then absolutely go for it. I think the most important thing is to find the right members to do it with, without that you will [for sure] not survive.

You’ve been together since 1997  – what do you attest to your longevity?

Love for our craft, music is just in our DNA. We have been absolutely blessed to have such an amazing fan base of people who come see us and buy our albums for us to continue to do this. Without them there is no us.

I see you are down with the internet and social media (Twitter/Facebook etc.), you seem to like to stay in touch with the fans. I think this closeness is cool and is a major contributing factor to building [and maintaining] a dedicated fan base. Would you agree and tell us about your personal experience here.

I think connecting with fans is the most important thing for any band and that is another way you will continue in this industry. Fans love that personal connection. I mean you have sites like Twitter that you can just get an account and start following your favorite artist/band and sometimes they will even respond and one hundred and forty characters can go a long way to make a fan really happy. Back in the day it was impossible to talk to your favorite bands and now it just seems extremely easy. Of course there are those who are extremely negative and love to give opinions (about stuff they have no clue about which makes for entertaining reading).

What are your thoughts on recording in the studio vs live shows?

Nothing beats live because of the connections you have with your fans but in the studio is the time to be creative and make that record that you can take out to the world to play live. Both have their pros and cons but it is needed to continue your career.

Everyone seems enamored with your unique positioning of your drum kit on stage. For those who haven’t seen you live yet – tell them what to expect and how that came about.

Well usually set up sideways and I see the crowd looking to my left. I got the idea many years ago when I saw Stryper in Puerto Rico and Robert Sweet set up that way. He looked like he was part of the show and that is what I wanted as well. 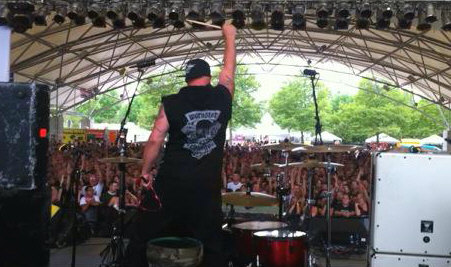 You’ve announced a string of live dates recently – are you stoked to get back out there and jam live?

I am excited because it has been a long time since we have toured. We are going out with our good friends Call Me No One and Eye Empire. We are stoked for sure. On the other hand I am a little sad because I just became a first time father and leaving my little girl and wife will be really hard.

What are the future goals for the band?

Honestly the same ones we had once we got into that garage in Fort Lauderdale in 1997 and that is to continue to make music and play shows!

Any last words or departing thoughts you would like to add, tell the fans or readers of DEMOLISH online?

Go to www.nonpoint.com for all tour dates, release dates etc…

Thank you for your time…appreciate it.

No thank you man for taking time out to talk to me! 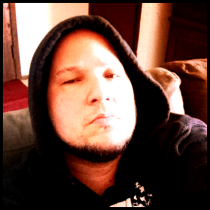 What are your Top 5 favorite Metal albums?

What do you think “makes” a good song?

How long have you been playing drums and who are your influences?

Been playing since I was 16 and influences are a lot but the most important are Rush, Sabbath, Metallica, Iron Maiden, Only Living Witness, Journey, Anthrax, Slayer, Biohazard, The Cro Mags, Slayer, VoiVod, Machine Head, Testament, Scorpions, Judas Priest, Armored Saint, Boston, Venom, Sick Of It All, Alice In Chains, Sepultura, Kings, X etc. Jesus man, I could go on forever!

Who are your Top 5 favorite drummers?

What’s wrong with the Metal Scene [if anything] today and why?

What’s right with the Metal Scene these days and why?

Well metal is still alive and well and that is what is right about it. No matter what kind of metal you play – Heavy, Thrash, Power, Hardcore or Rock; music is still alive!

One thought on “Kinger chats with NONPOINT Drummer Robb Rivera (2012)”