TOAD is a new band out of Phoenix, Arizona that delivers a diverse blend of aggressive music.

Check out the track: “Necrophatic Vatican”

*This is one of the stand out tracks of the bunch and it kinda’ reminds me of a low-slung SEPULTURA and a touch of CELTIC FROST!

The band  has been busy the last few months recording a new album entitled “Rotten Tide.”

The album was recorded at Flying Blanket Studio in Mesa, Arizona with producer Bob Hoag [Hour of the Wolf, Recover, the Bled, Life in Pictures etc.].

“Rotten Tide” was tracked live to tape, and is a 5 song EP.

According to the band, they draw influences from “the genres’ best in extreme music including: black metal, death metal, punk, and sludge.”

TOAD has played with well-known national acts such as: Coliseum, Deafheaven, the Funeral Pyre, Burning Love, Early Graves, Hour of the Wolf, Across Tundras, and Clinging to the Trees of a Forest Fire, to name a few. 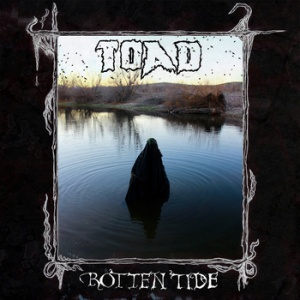 *Click above link for immediate download of 5-track album in your choice of 320k mp3, FLAC, or just about any other format.